Communication is a key element of all organisational cultures and key to the performance of your organisation. How people communicate with each other (including customers, clients and other stakeholders) is critical for success.

One of the tools we use to create meaningful change in the workplace is DISC Profiling. DISC is one of the worlds’ most popular and recognised psychometric assessment tools which for over 40 years has helped organisations worldwide to improve employee performance and interactions.

While this tool sounds complicated at first, it is actually easy to use. When done right, DISC profiling can help provide you with different advantages such more effective managers and leaders, more organised teams, improved sales and customer service, enhanced employee communication and reduced conflict among others. 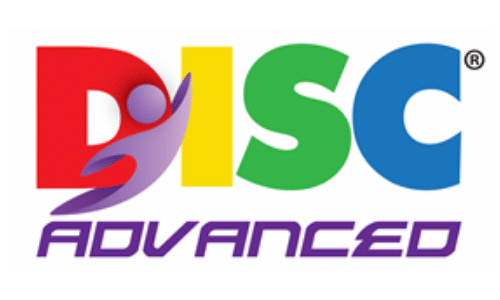 How Does It Work?

DISC Profiling is an online assessment that provides insights into an individuals behavioural preferences. These are neither good nor bad but rather simply an indication of preferred behaviours in given situations.

Utilising DISC Profiling can help individuals gain a much better understanding of themselves, and therefore understand how their behaviour and communication style can impact others. As individuals understand themselves better they are also able to work out the obvious preferences of others. Ultimately this increased awareness leads to superior results.

Why do we bother with DISC Profiling?

As an organisation there are numerous reasons to use DISC Profiling and these include:

– Ensuring that you have the right people in the right roles

How did DISC come to be…

The modern DISC Profile does not appear until 1940 when Walter Clark took the theory developed by William Moulton Marston and developed the first DISC Profile. Unlike many assessments DISC is not a proprietary tool or theory, a DISC profile can be developed by anyone.

Simply stated, DISC profiling measures how we behave and communicate. One of the most powerful things about DISC is how often people are amazed at the accuracy of the reports.

Dominance (D) – How we deal with problems and challenges

Influence (I) – How we deal with people and contacts

Compliance (C) – How we deal with procedures and constraints

“The most powerful thing about DISC is its simplicity.”

We all have some degree of each of the four behavioural styles (i.e. we are not just one type/style). Whether an individual measures “high” or “low” on the D, I, S or C spectrum, the behaviours are still visible and recognisable on the surface. Most people have two dominant styles; however any combination is possible. 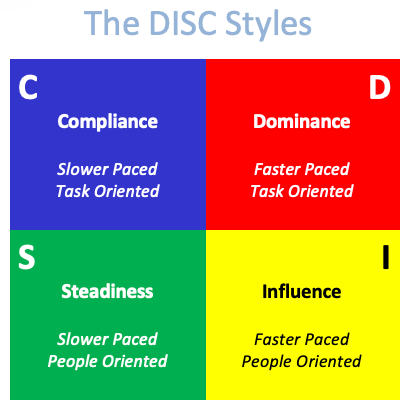 How do we make sure your DISC Profile is valid and reliable?

Critical Factors partners with DISC Profiles Australia and these profiles provide a range of insights into your team’s behavioural styles and preferences including:

– Strengths and areas for improvement

– Conflict management preferences including head to head and avoidance

DISC Advanced is available in a range of formats.

The World’s most advanced DISC assessment build as a workplace tool. Designed for use by both an individual to better understand them selves, and for others communicating with them.

The ultimate DISC assessment for this in Leadership roles. The DISC ADVANCED® Leadership Assessment provides the Individual Assessment as well as a range of leadership insights.

The best DISC assessment for sales roles. The DISC ADVANCED® Sales Assessment includes the Individual Assessment as well as insights to increase sales.

This assessment looks at how 2 individuals complement each other and identifies potential gaps. This provider a framework for greater workplace cooperation.

This report provides insights on team dynamics, strengths and development opportunities for the team, it also identifies how team members are changing behaviours in the workplace.

We can work with DISC Profiles Australia to customise an assessment specific to your organisations requirements. this creates your very own assessment that is exclusive to you.

Request A Call Or Free Consultation